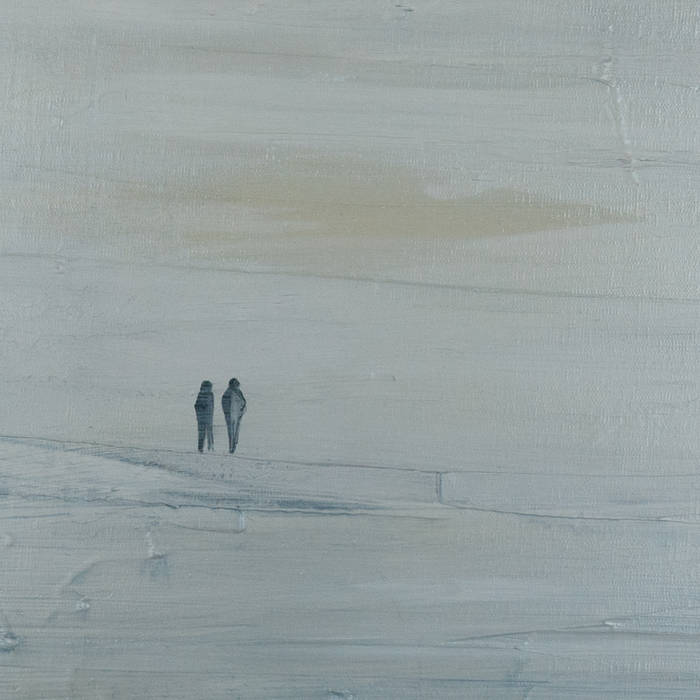 “All the hallmarks of a James Murray record – a strong conceptual framework,  a diverse sonic palette, and an astonishingly nuanced mastery of timbre, tone and texture… immersive, captivating, and deeply personal, it is one not to be missed.” Stationary Travels

“Transparent and tender, the opening drone of Killing Ghosts, the latest sublime piece of music from James Murray, is wrapped up in a thin muslin of tiffany blue.” Fluid Radio

“Just as he has done many times before, Murray once again demonstrates a remarkable sensitivity to texture and balance in his creative work.” textura

“All the great marks that we have come to know by now: personal, emotional, and with unequalled sound design.” Ambientblog

“A story engraved with attention and care by Murray, a charming immersion that confirms his great talent.” SoWhat

In the spring of 2014 my wife and I stayed at a remote log cabin in the Black Mountains. Anne was taken ill from the moment we arrived and barely left the bed all week. I'd packed a laptop, small midi keyboard and portable hard disc recorder, and resolved that if we weren't to have a break together I'd at least salvage something from the trip.

I'd spent a lot of time around then thinking about how haunted we are by our lost loved and not-so-loved ones. About how these ghosts can be more than just absences, that they can actually exist in some real sense as shadows cast by our fears and regrets. The horse-whisperer who owns the cabin told us when we arrived of the local belief that up in those mountains the veil between this world and the next is at its thinnest. From the first nightfall to the very end of our stay I felt like the atmosphere in that place was charged, agitated somehow, like everything was on the verge of cracking.

Pines groaned in the woods all around us, walls and floorboards continually creaked and china rattled on the shelves. I recorded everything that made a sound, then manipulated and distressed those recordings, letting them bleed into one another, forming their own shifting rhythms and gritty, grainy textures. I added deep sub-bass sines, electronic washes and gently improvised motifs that felt in step with the strangely watchful energy of the place. Between the crackling of the open fire and the wild, wide landscape outside, I seemed to have stumbled into the perfect environment for exploring these unsettled yet tenderly nostalgic feelings I'd been having. The music flowed.

And now - thanks to Gosia Łapsa-Malawska's wonderfully plaintive artwork and Ian Hawgood's passion, belief and commitment - here is Killing Ghosts, my attempt to make some sense not just of that peculiar time, but of each and every day spent without those we leave behind.

We came across the work of James Murray through his excellent Slowcraft Records label. In 2012 he released what was to become a bit of a seminal work that year in the highly praised ‘Floods’. He has since released superb records on a number of friends’ labels such as Hibernate, Eilean, VoxxoV, as well as a recent return to the Ultimae label.

I’ve personally known James for a number of years now after meeting at various shows around London, and we have talked and come very close to releasing music together over the years. As with all things where patience and honesty are involved, it has taken us to this point to finally bring something together that we are so thrilled to present now to you.

James’ work typically blurs the line between deep electronics and textured ambience. Yet in ‘Killing Ghosts’, James presents a truly perfect melding of exquisite sub-bass melodies under the surface of playful tones and fractured rhythms. The album itself has a feel of slow change and evolution as it journeys from the melodiously open electronica of ‘Footsteps’ and slowly down the rabbit hole as it waves us out with tracks such as ‘Allways’ and ‘Living Ghosts’.

The work embodies everything that is great about the work of this enormously talented artist as beyond its catchy entrance points, it is possibly one of the best examples of pure sound design we have been fortunate enough to release to date. Such a combination of melody and careful design takes a huge amount of skill, care, and patience, and we are so happy we have finally been able to all come together to release what is quite simply a genuine highlight in our eight years of existence as a label.

Lifelines is a new digital series presenting vital and consoling works from an expanding Slowcraft roster, each paired with bespoke artwork by printmaker June Murray.

Created and curated by James Murray, Slowcraft has been presenting exceptional, unclassifiable music for people who treasure beautiful audio artefacts since 2011. ... more