Get fresh music recommendations delivered to your inbox every Friday.
We've updated our Terms of Use. You can review the changes here.

Between Ocean and Sky 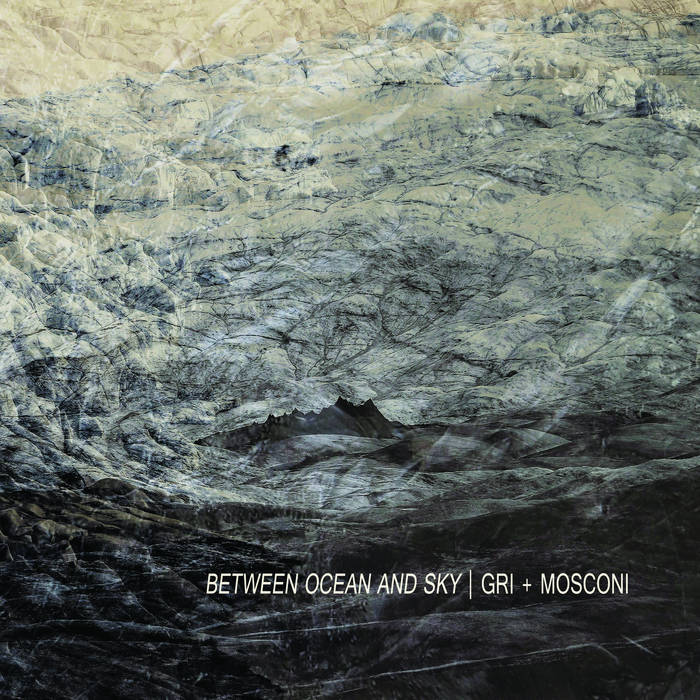 ajpoet A dynamic collaboration of rumbling tension and ecstatic relief that somehow reminds me of being inside an airplane as it ascends through dense cloud into bright, clear air. Expansive, seismic ambience. Favorite track: Titan Rain.

The most successful collaborations reframe the distinct voices of the participants, elevating their combined efforts onto paths crossing unexpectedly rarefied territory. Between Ocean and Sky is such a work. Written and recorded by Francis M. Gri and Federico Mosconi between Milan and Verona during 2016-17 this debut collection alloys the most appealing features of ambient, drone, neoclassical and post-rock into a singular, cohesive and resonant statement. With apparent ease the duo have effectively merged musical identities, interweaving layers of manipulated guitar and textured piano, grounding and innervating one another throughout six exquisite instrumentals that wordlessly bridge depth and height with crystalline tenderness and tidal strength.


Between Ocean and Sky is the third in the Slowcraft Presents series created and curated by James Murray: exceptional, unclassifiable music offered in carefully handcrafted limited editions for people who treasure beautiful audio artefacts.

"a six-part work that could be seen as a poster child of sorts for contemporary ambient practice. Though many of the familiar hallmarks of the genre are here, including neoclassical and drone, Between Ocean and Sky never feels like a retread covering ground others have exhaustively explored. Instead, the material feels fresh, vibrant, and alive, as if borne from the excitement shared by creators working in territory previously uncharted." - textura

Semiratruth joins the show to discuss their latest release, "loading..".